Middle Earth Travel started business in 2001, owned by some very experienced and established guides, determined to make a living doing what they like best: trekking tours. Over the years we expanded our area of expertise to archaeological, cultural and family tours and have become a leader in biking tours as well, but we still focus on small, private groups and personal guided or self-guided travelling experiences. We are licenced by the Turkish Tourism Ministry and registered by the Union of Turkish Travel Agencies (TURSAB # 3242). 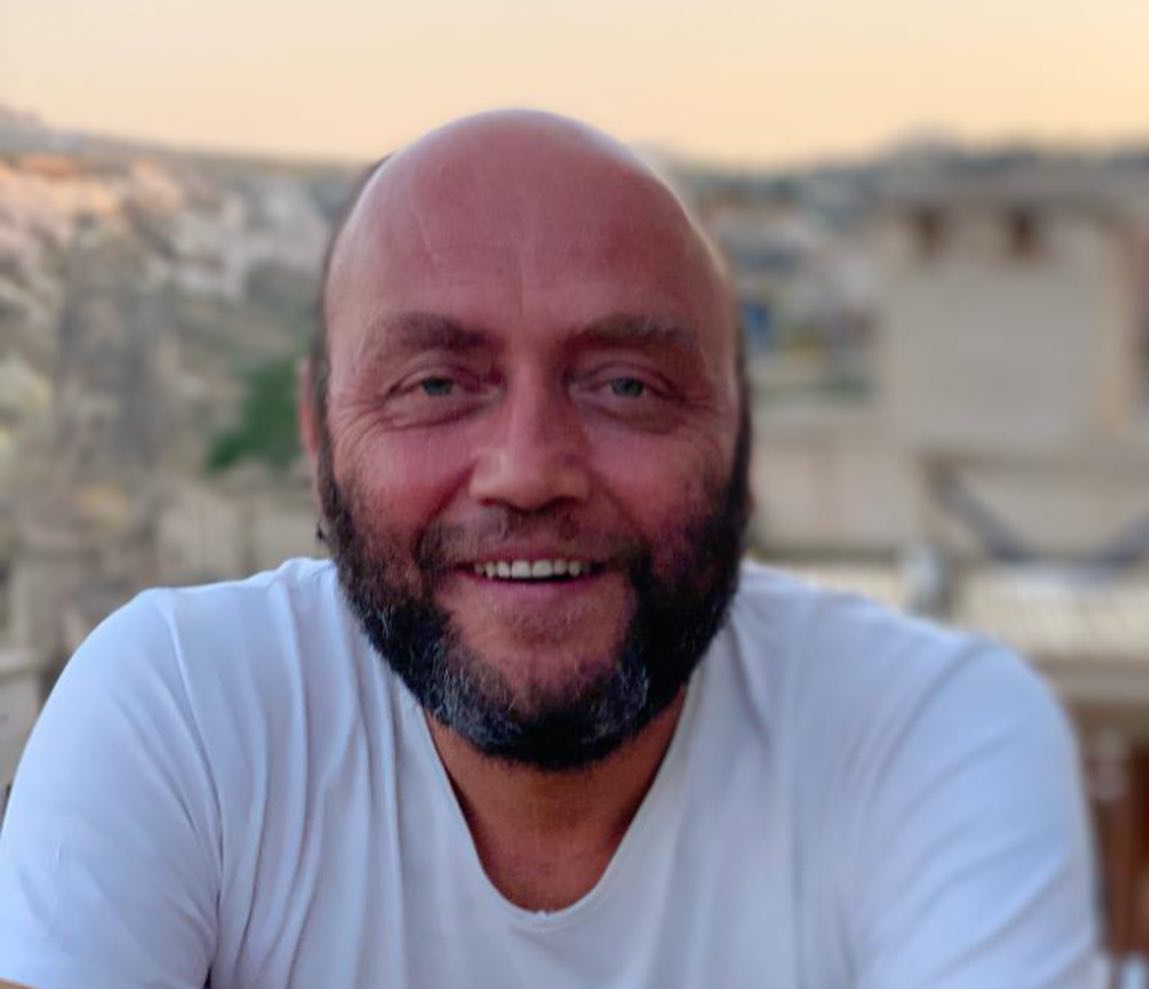 Born in 1973, Atil has been in tourism since high school and he has been leading trekking tours since 1997. He is the father since July 2009 of a beautiful girl, fittingly named Su Peri (Water Fairy) He has a B.A. degree in Philosophy and his knowledge of history on Asia Minor is remarkable. So get ready for intellectual conversations if he’s going to guide you. His detailed planning and perfectionism makes his tours very well organized and thoroughly informative. Atil, who’s fluent in English and knows some German, is responsible for tour development and operations of the company. 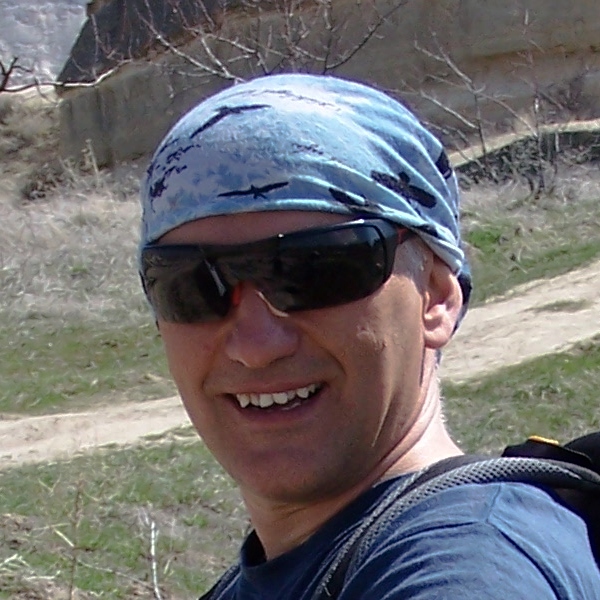 After falling in love with mountains at the age of 17, Kerem started travelling almost every part of Turkey to climb and to be in nature. Over the years he made many good friends in all parts of Turkey. In 2001 he decided to turn his life’s ambition to his business. He leads groups since 2001. Among his many hobbies are bird watching, botany and games of every kind. He has been Turkish ‘GO’ champion many times. He’s a licensed English and Japanese guide and has a B.A. in Japanese Literature. Kerem is also responsible for the education and training of the new guides on board. He considers the Kaçkar Mountains to be his real home in this world. In 2008 he worked for TEMA with a group of volunteers and locals (Turkish Foundation for Fighting Erosion) in a Project and he revived and remade some very old (almost dissappeared) mountain paths to diversify tourism in the area and help out some dying mountain villages. The Project was a success and we use these new routes in our Kaçkar tours since 2008. 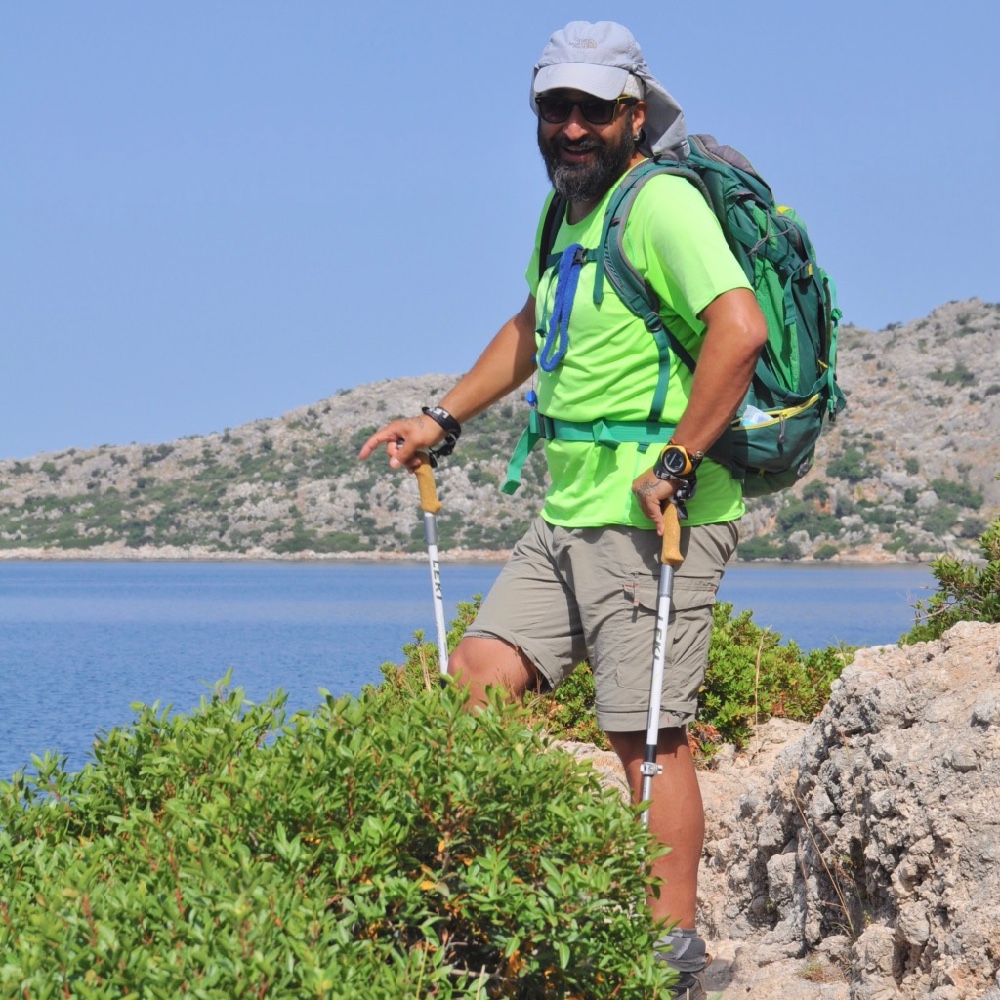 Born in 1976, he has been leading trekking and climbing tours since 1997 even in different tour companies and Hacettepe University Mountaineering and Nature Sports Club. As a matter of fact, he is a chemical engineer, and he tried to earn money as an engineer from time to time (FIAT Automotive Paintshop, Textile Dyes, Artificial Heart) but he couldn’t stop to breathe of spanking clean air of mountains. He has been working for Middle Earth Travel since 2001. He loves bird watching. He has been doing down hill ski since 6 years old and tour ski since 21 years old. He has climbed a considerable amount of summits all over the world, even in summer and winter (Crimson Mountains, Mount Ararat, Erciyes and Hasan Volcanoes, Beydağlari, Kaçkar Mountains etc-Turkey, Otzal Alps-Austria, Algau Alps-Germany, Eastern Sierra Mountains and Yosemite, Nevada-US). He is one of the full members of Turkish Search and Rescue Team (AKUT)-Ankara Section, he joined several rescue operations on Turkish Mountains. 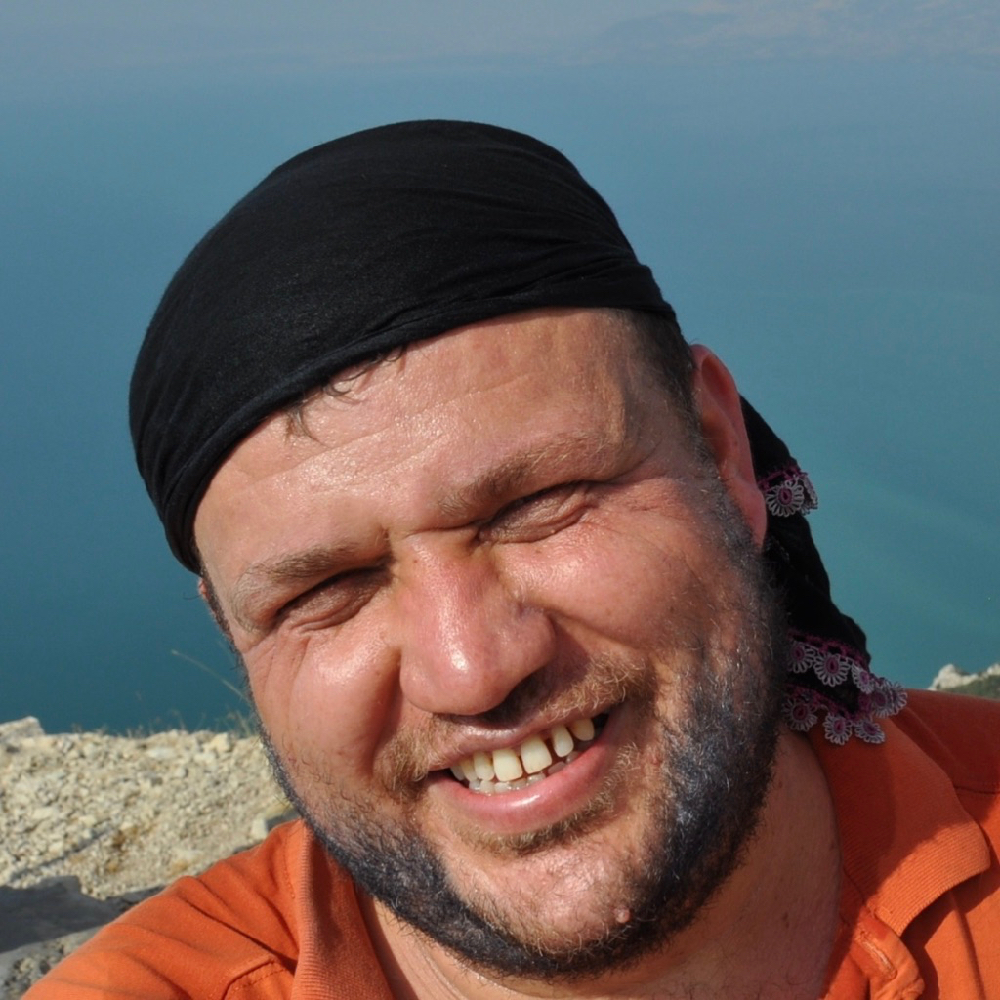 Born in 1976 in Kütahya, he is a mathematics expert. After a few years in our Göreme office he moved to Antalya in 2008 where he has become an expert on every stretch of the long distance trails. His passion for details is the guarantee that your tour arrangements will be handled flawlessly. 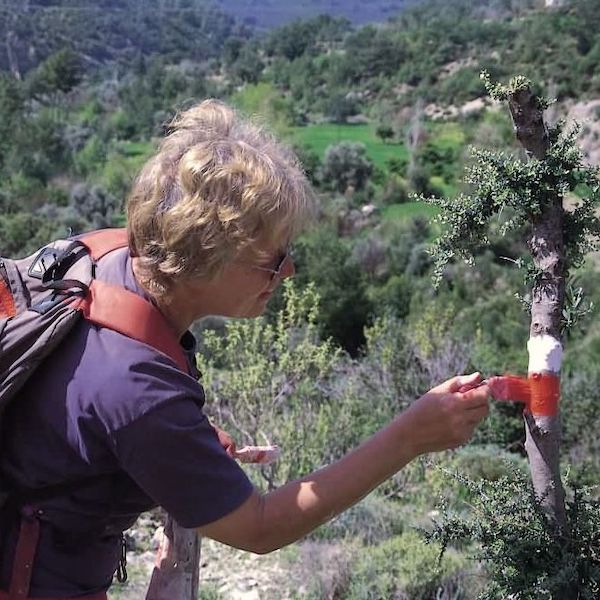 Kate is certainly the most well-known among us. To summarise, she’s the founder of Turkey’s first long distance trekking routes ‘ The Lycian Way ‘ and ‘ St. Paul Trail ‘, the author of the related books as well as the one on the Kaçkar Mountains. Living in Turkey since 1989, she dedicated her time to explore ancient roads, which form networks linking the centres of ancient civilisations of Turkey. This resulted in the opening up of the Lycian Way in 1999, followed in 2004 by the St. Paul Trail, and in 2008 by the Kaçkar routes. Her deep knowledge on history, flowers and animals are highly appreciated by the trekkers following in her footsteps. Kate developed and designed tours for us and her nice house in Antalya has always been a base camp for us. She continues to promote alternative, sustainable tourism both in Turkey and abroad. 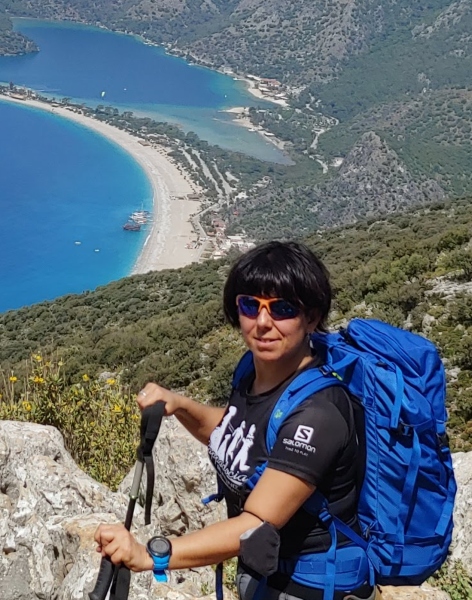 Gaye, who has been in the tourism industry for years, previously worked in a bank. He has a B.A. Graduated from Business Administration (Ankara University), but preferred to be in nature. She worked as a professional PADI Diving Instructor in Kaş / Antalya as well. Later, she followed her love and walked the famous paths in Turkey and became a trekking guide. She can accompany you all over Turkey. She moved to Cappadocia more than 18 years ago and became a professional guide. She has a very energetic, talkative and fun personality, she is interested in history and good food. If you don't see her, you can easily follow her laughter. She has two energy balls, Su Peri and the charismatic Toros. Gaye has now started to run to the valleys of Cappadocia. She says that Cappadocia is a huge playground: you can run, walk, bike, do many activities such as meditation, camping, yoga… 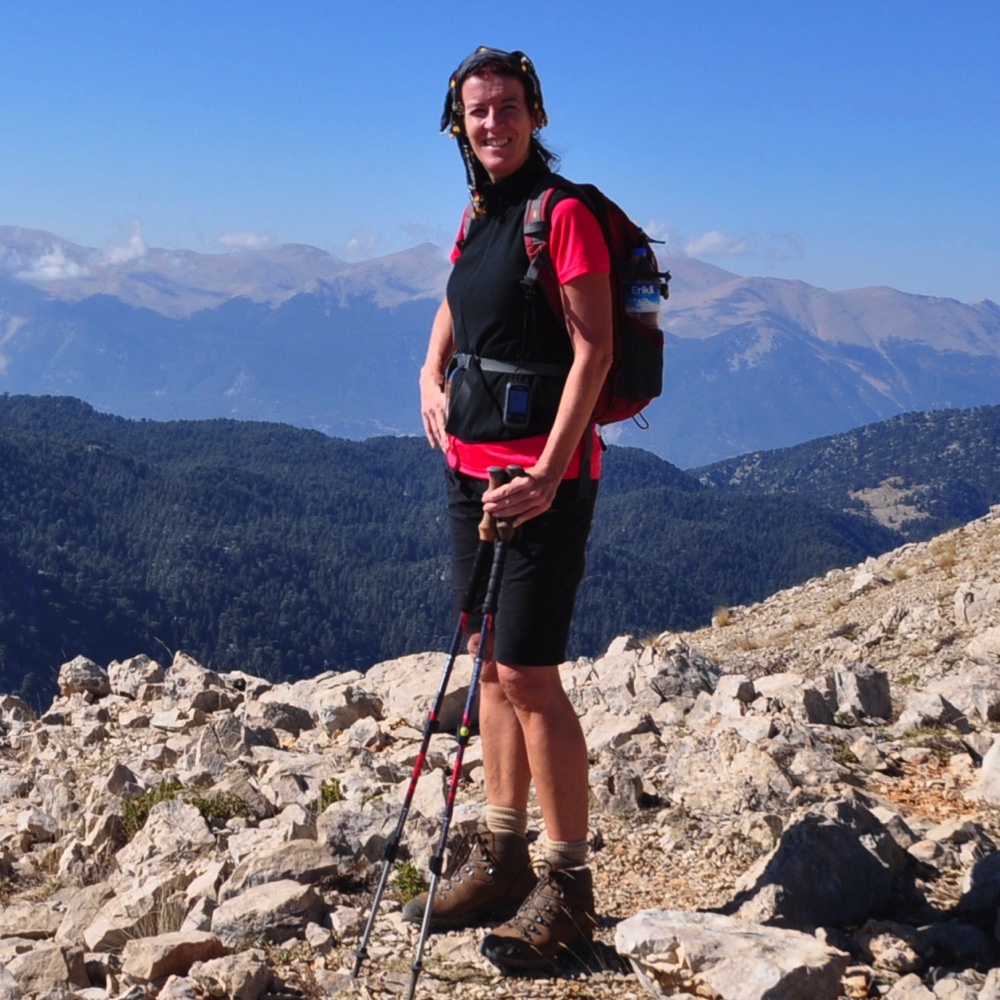 After falling in love on and with the Lycian Way in 2010, Els traded Amsterdam for a new life in Turkey. She has a University degree in Classical Archaeology and worked as lecturer, museum guide, tour leader and self-guided hiking route maker. Her passion for ancient walking routes, acquired during lots of archaeological fieldwork in Greece, fits perfectly with our trekking holidays on the Turkish south and southwest coast for which she co-develops the self-guided and bespoke versions. 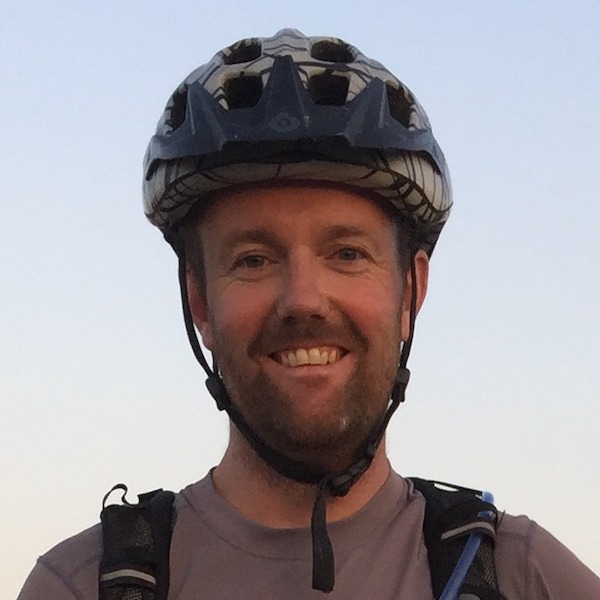 Biking in Turkey Co-Founder and Senior Guide In order to escape from a mundane office job, Jon managed to combine lifelong passions of adventure cycling and trekking in the Anatolian mountains when he and Atıl founded Biking in Turkey in 2011. Middle Earth’s biking tours have become more popular each year since, with the area around Göreme starting to be known as a singletrack mecca. Though Jon now lives in Berlin, Germany with his partner and their adorable son Lewis, he still looks forward to regular trips to Turkey- to guide trips and to catch up with old friends. He also leads MTB tours in Morocco and Sweden and gets out on his bike whenever possible! 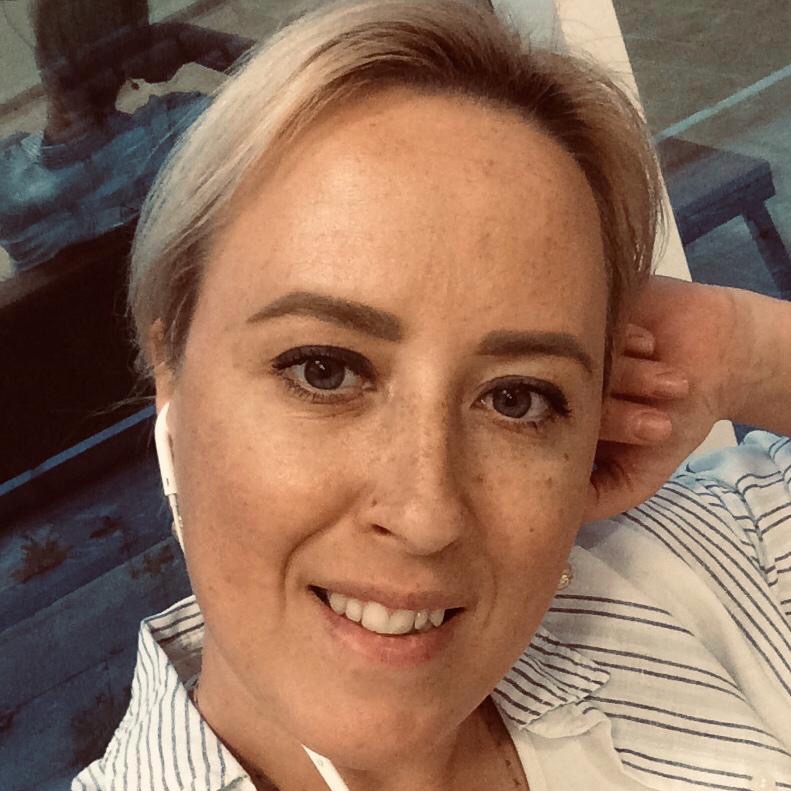 Born in Russia in 1986, Kristina graduated from the Institute of Economics and Tourism Management. She works in the tourism industry since 2006 and likes numbers, details and systematic work. In 2015 she took a degree from the Air Booking Courses at the Turkish Aviation Academy. She knows Russian, Turkish and English. Kristina takes care of our tour details such as hotel reservations, flight tickets and transfers. 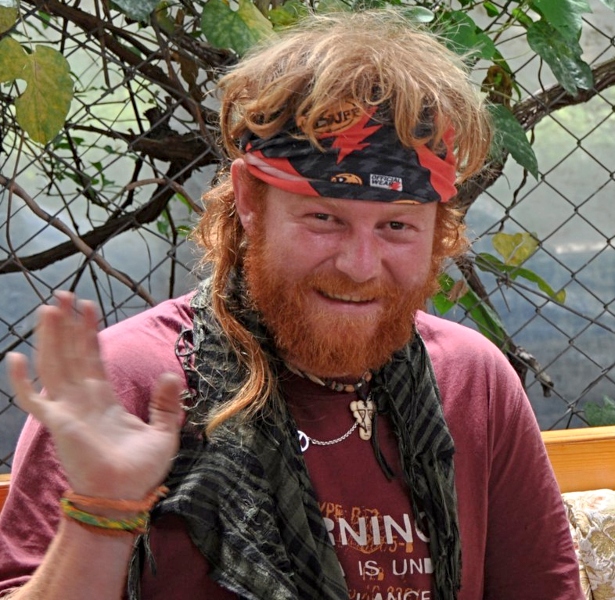 Born in München at 1980, Koray speaks fluent German and English. He has a master degree in Ancient History and has been guiding since 2003 in all regions of Turkey. He believes in ultimate freedom and mother nature… His vast knowledge about history and wild life and his infectuous enthousiasm make a perfect combination for an outdoor guide. Stay wild, live free… Rock’n roll in a free world! 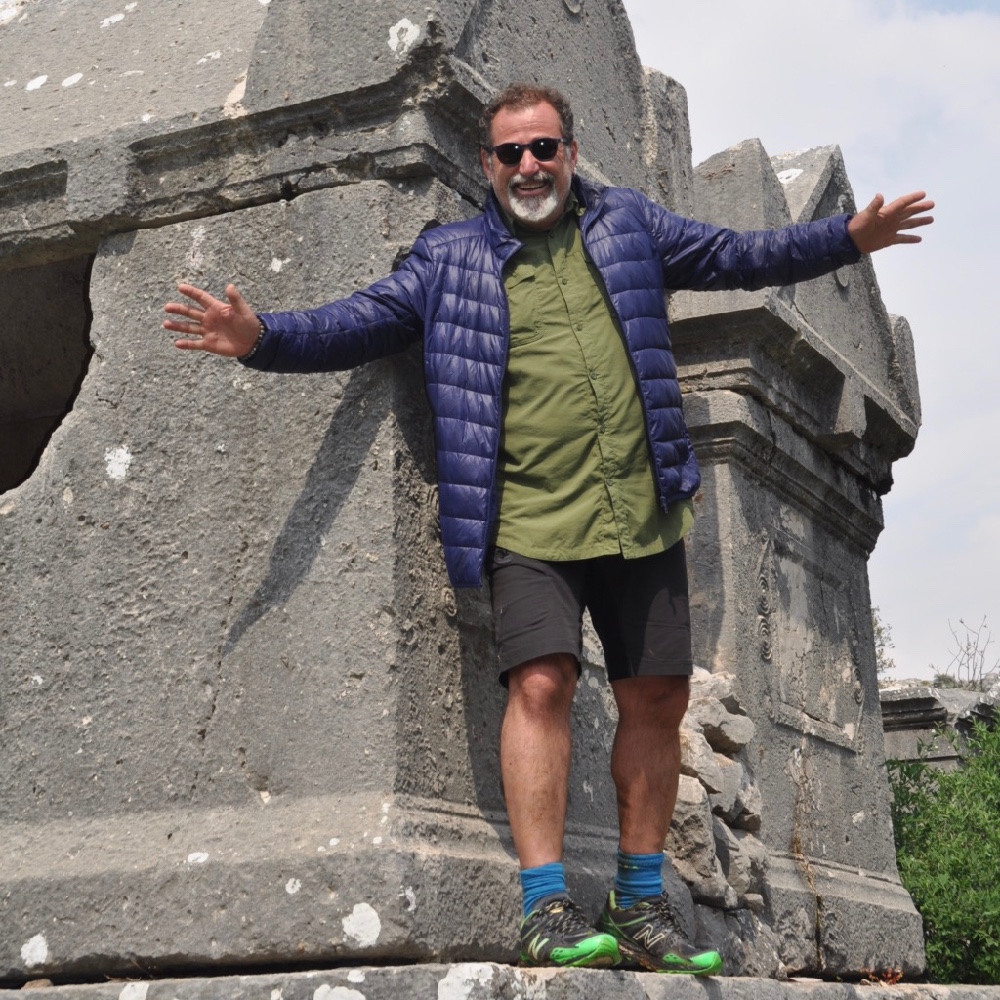 Cenk has been working in the nature tourism industry for 20 years and he has been leading many groups. He is professionally interested in all outdoor activities including trekking, hiking, mountaineering, biking, sea kayaking, diving and tour skiing. He is an emergency first response instructor, diving instructor and also works in search and rescue teams during winter seasons. He has been living in Kaş, that small town of the Mediterranean for 12 years. 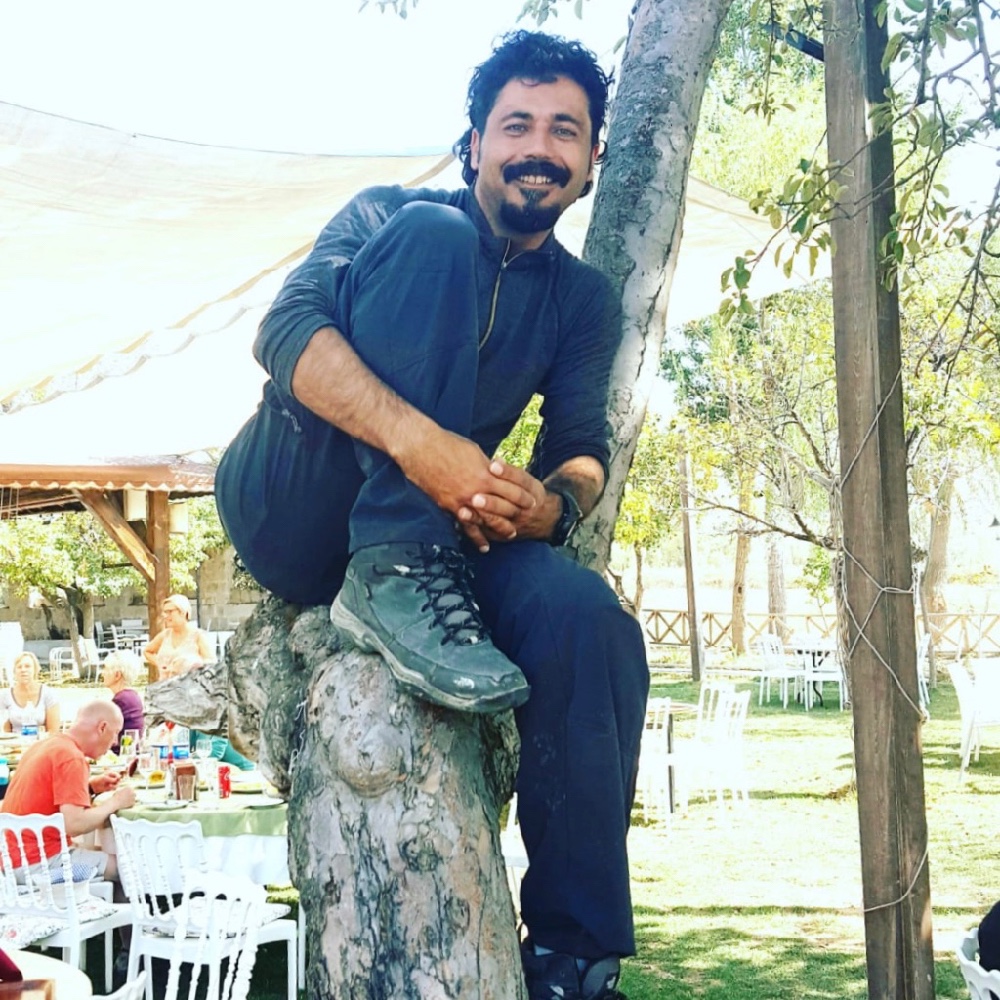 Born in 1978, Özgür has a B.A in Tourism Guiding and Management. He is a professional tourist guide with a broad knowledge of archaeology and art history. He has an interest in literature, folklore and heterodox sect of islam. His career includes working in Florida and for several travel agencies. Having a romantic and poetic side, Özgür is very enjoyable with his relaxed personality. 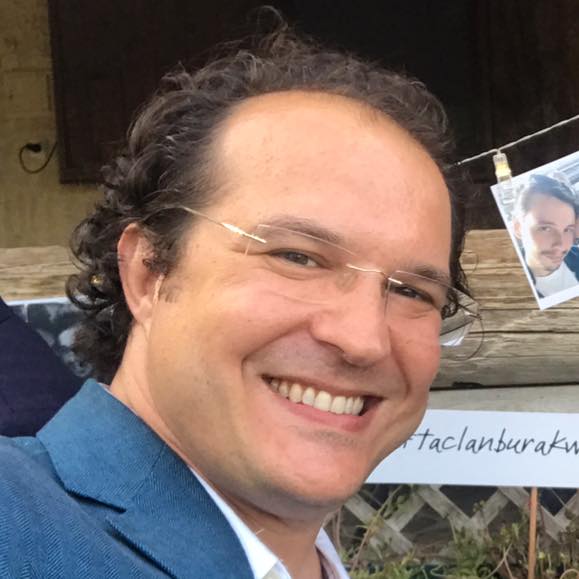 He is the founder and managing director of Mareo Creative Agency, a 360-degree advertising agency aimed to excel at understanding overall requirements of customers, then to come with solutions fully implemented.